There are five species of seal in the Antarctic waters; Southern Elephant, Crabeater, Weddell, Leopard and Antarctic Fur Seal. The Crabeater is the most abundant seal in the world, yet we saw one, I think. 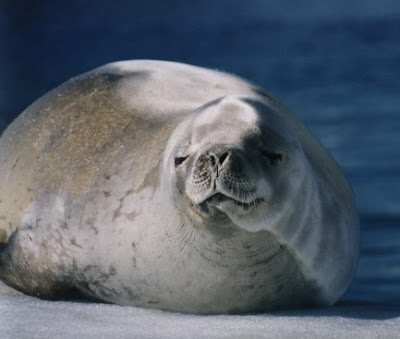 Also, it does not eat crab. The water is too cold for crabs and seals primarily feed on krill with some fish thrown in for good measure. The Crabeater seal's teeth fit together like a sieve, allowing the animal to take a mouthful of krill then strain out the water. 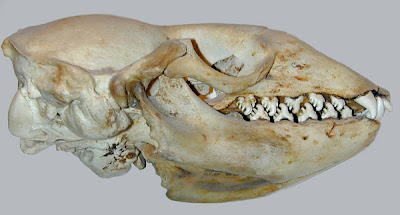 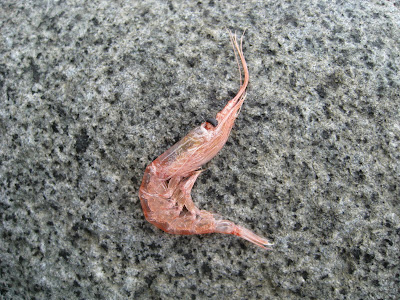 I think this krill was a couple of inches long but that's not the norm....they're usually an inch or under. This one must have seen several birthdays before it ended up on this rock. Just picture a vast pink swarm of these in the rich Antarctic seas and you'll know why all the wildlife thrives here. 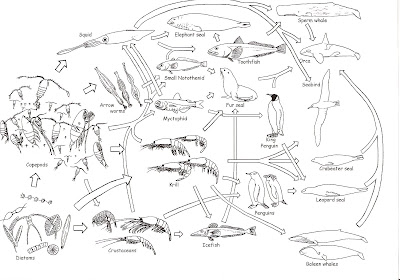 The Leopard seal is often depicted as the penguin's worst nightmare but, though they do prey on cute little pengies, they, too, are big time krill eaters. Their snake-like head gives them a distinctive reptilian appearance. 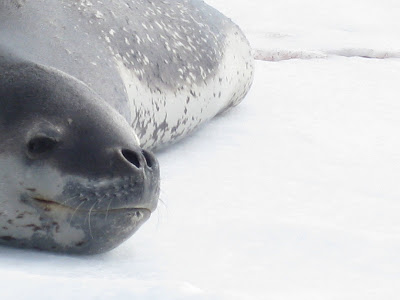 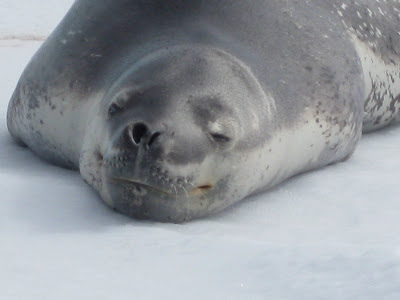 They can breathe through one nostril at a time.

The Weddell Seal is just plain cute, don't you think? 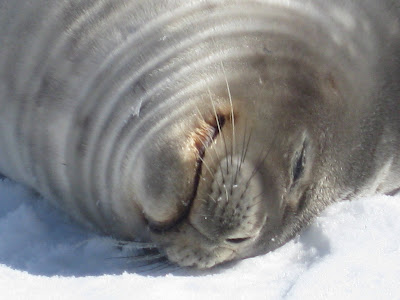 The Elephant seal just looks too ungainly to move on land. 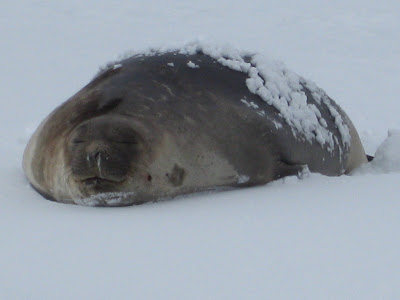 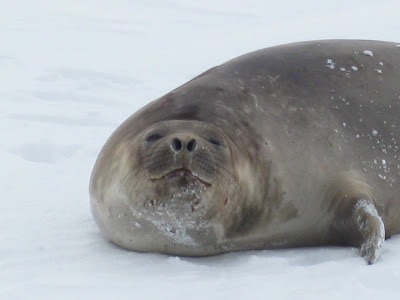 Encased in all that blubber, seals are just fine and dandy on the ice or in the water. Amazing creatures!
By Laura W. at 9:00 AM

better u than me, i tske tern island over antartica in a heartbeat...