Before birds, I was all about whales. So to go somewhere that has the richest cetacean life on earth was pretty exciting. I knew going in that late summer (February) is best for high numbers of whales but I still held out hope that some would cross our path.

We glimpsed a few finbacks on our way through the Drake. They are the second longest whale measuring in at 85-90 feet long. They're also super fast and we barely saw them before they were spouting again way way way in the distance.

The absolute best moment, whale wise, was the afternoon I decided not to go on the shore landing. I was in a delightful post nap euphoria when the Captain came over the PA system saying "We have a group of whales swimming around the ship!".

I dashed for the stern and there in the water was a group of 5 Minke Whales! The Minke is the smallest of the baleen whales and measures about 35 feet long. The Antarctic Minke Whale is very common around the ice and always travels in groups. 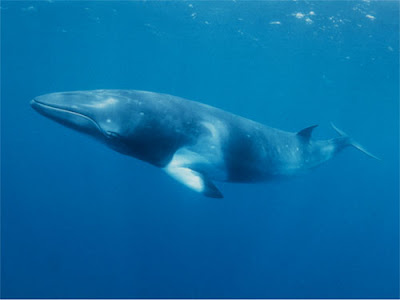 This one's not my photo but the rest are

They actively swam around and around the ship, diving, blowing, leaping. Soon enough another group joined them and we were up to 8! I ended up with just a few good shots.....but of course, the memories will last forever! 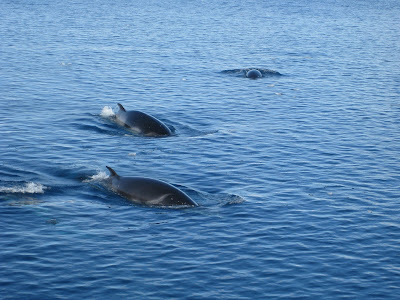 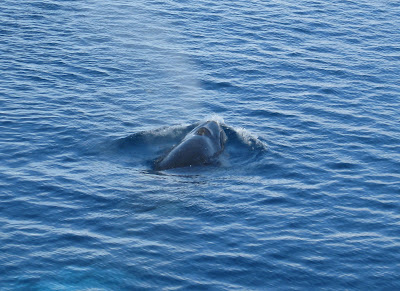 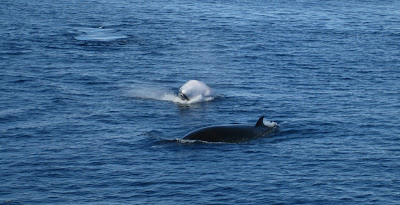 Click on this one to see the whale's throat grooves. They expand way out with a mouthful of water and krill
then the whale strains it all out through the baleen.

We also saw a pod of Orcas....two big males, two females and a calf. They were also super speedy and didn't hang around long. A female finback and her calf showed up on our return to Ushuaia and the boat did slow down for them but they moved on fairly quickly, too. Before they did, however, we were close enough that I heard the sound of the blow. That's cool.
By Laura W. at 9:15 PM