Yesterday I took a trip up to Bonney Butte, in the Mt Hood National Forest, to visit a hawk migration site run by HawkWatch International. This was my fourth time up there over the years, but the first time for my companions. Also, it was the first time I'd driven the road myself, which is somewhat sketchy the last few miles: 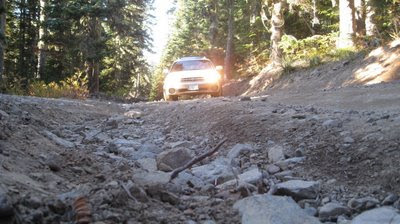 Gorgeous fall colors were all around....... 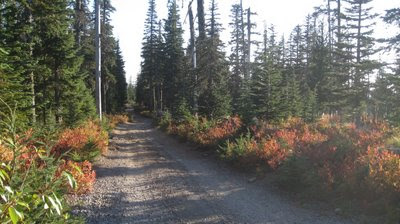 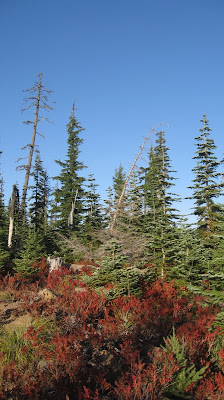 Once you're up on the Butte you pretty much want to get comfortable and keep watching the skies. The hawks are traveling south along ridgelines that meet up at this particular butte so they frequently fly right overhead. Other migration sites in the US will have thousands of birds fly by in a day.....not so here. We saw plenty but it wasn't a constant stream. The most plentiful travelers are the Accipiters; the Sharp-shinned Hawk and the Cooper's Hawk. The largest Accipiter, the Northern Goshawk, is not as plentiful but is present. 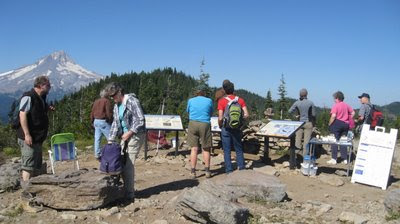 The banding station lures birds in with bait, traps them, takes measurements and bands them with a USFWS band. Over time, data from these banding and spotting stations can be used to track the populations and follow trends. Read the HawkWatch site for more detailed info.

The coolest thing about being here is the chance to see birds up close. The banding station is not open to the public but they bring birds down to the public area for photos and release. The birds are transported in a can to keep them secure and calm. Before coming here I had only seen raptors in a rehab or zoo situation......in contrast, these wild birds in top condition are truly a sight to behold. 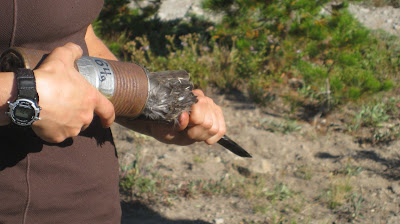 A juvenile Sharp-shinned Hawk! The brown streaking on the breast makes it a juvenile. This is a pretty small bird so is most likely a male; female birds of prey run about 1\3 larger than males. 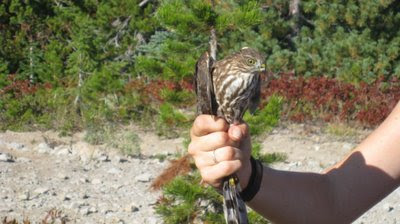 Accipters are forest hawks. They are built for ambushing small birds and maneuvering through the trees using their short, rounded wings and long, rudder-like tail.
This Sharpie would prey on Chickadee-sized birds where its larger relatives can handle larger fare. Sharpies and Cooper's are the hawks frequently seen at backyard feeding stations hoping to score a junco or two. 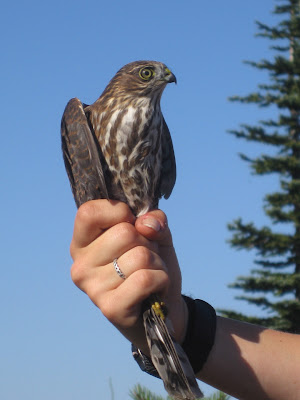 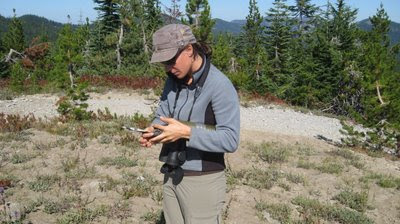 The next size up in Accipiters......an adult Cooper's Hawk! The adult plumage is a blue\gray back and reddish bars on the chest. "Bars" are horizontal and "streaks" are vertical. The adult Sharpie's plumage is very similar and they can be difficult to tell apart. 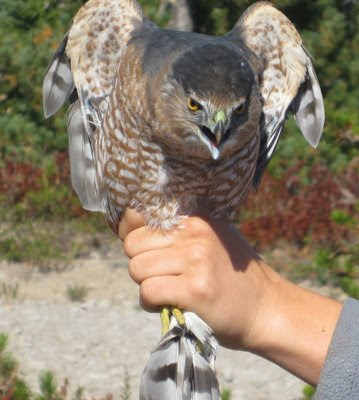 The bird's eye will redden with age.....I believe the staff aged this one as a second year bird due to the yellow\orange eye. 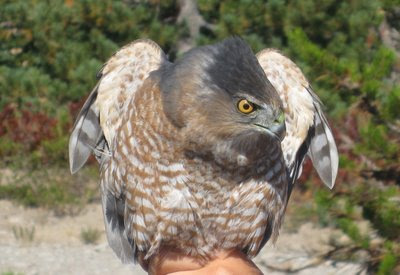 And now the biggest bird of the day.......a juvenile Red-tailed Hawk! 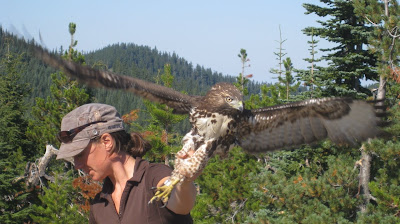 Red-tailed Hawks in all plumages show a dark bar on the leading edge of the wing from the shoulder to the wrist called the patagium. It really helps to ID them in flight if they don't yet have a red tail. 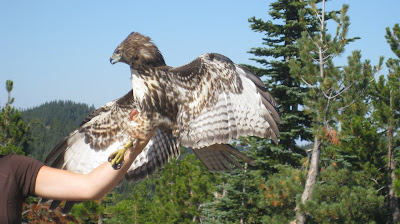 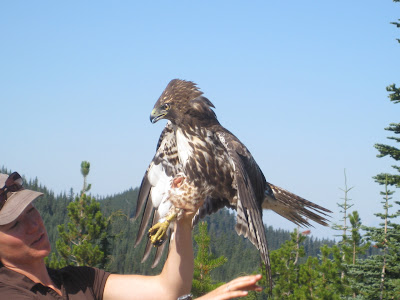 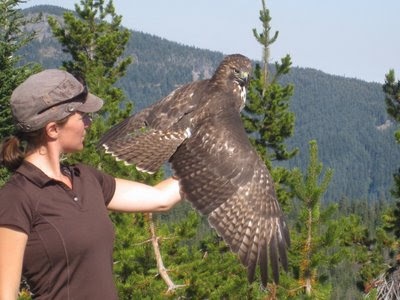 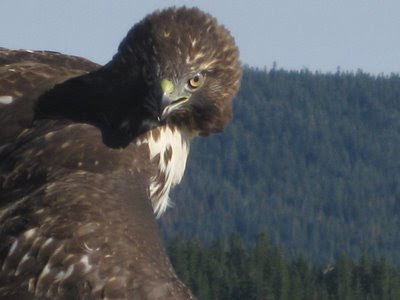 Finally, after a day of watching the skies, feeling the wind and sun on our faces and getting the treat of a late summer\early fall burst of nice weather, we hit the road back to Portland. Saw this cutie along the road, calmly munching a cedar cone. 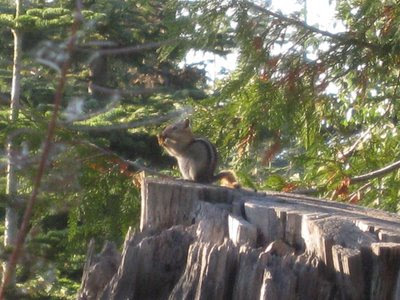 And wound up with a late afternoon shadow to prove we were there. A good time was had by all. 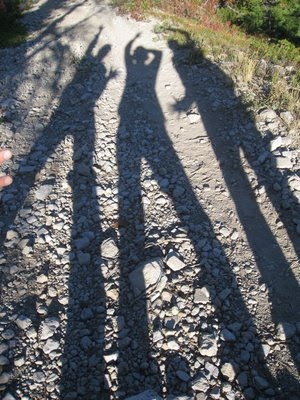 A great time WAS had by all! I didn't see the Robin, but I did see the Varied Thrush...did you? Nice re-cap of a fun day!

What an interesting post! Thanks for sharing. Such beautiful country...I really must travel there someday.