Birds I Have Seen in the Past Five Months

OK, yes, yes I know....no blog entry since January! I have certainly been on some bloggable adventures with my Birding Associate but never came away with many interesting photos to share. But here is a recap of some lovely, if blurry, birds I've seen here in Oregon and in the Bay Area of California over the past few months......just to let you know I'm still kicking. 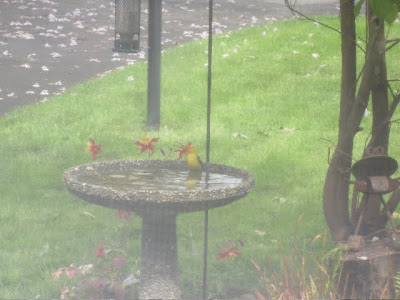 Western Tanager at the bath this afternoon after the latest downpour.
Window screen not helpful for photography...must remedy that situation. 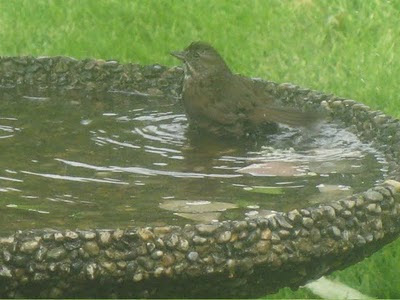 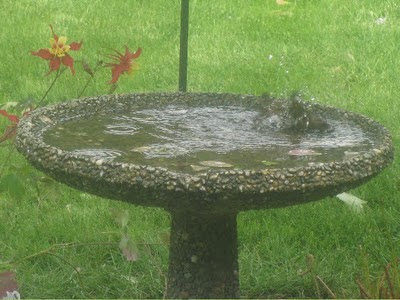 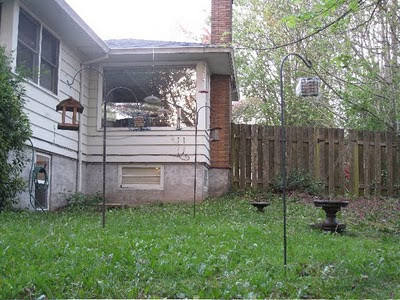 I've moved to a new house with my Birding Associate and we are learning
who's who in the new neighborhood.
Feeders and baths are at the ready.
We've decided you need a minimum of six birdbaths to really accommodate the wildlife.
This is only three of them..... 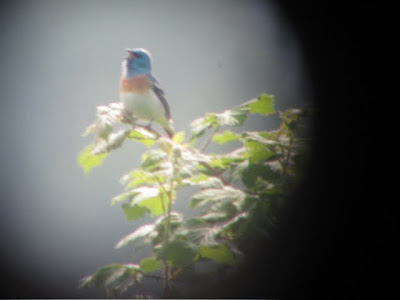 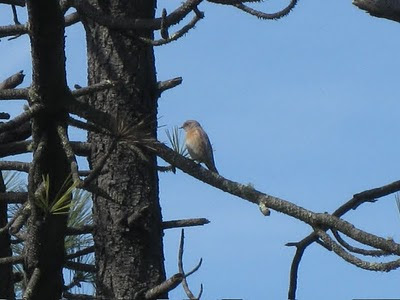 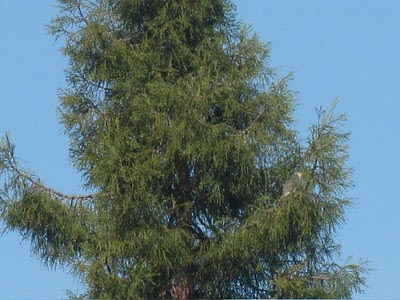 Cooper's Hawk across the street from my parents' home in Berkeley. The nest was in the backyard of the neighbor's house and she had amazing photos of it. 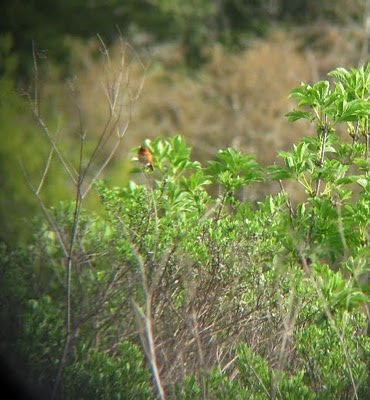 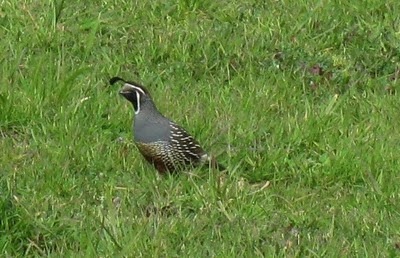 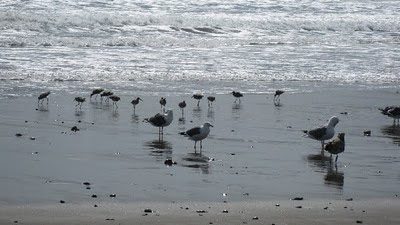 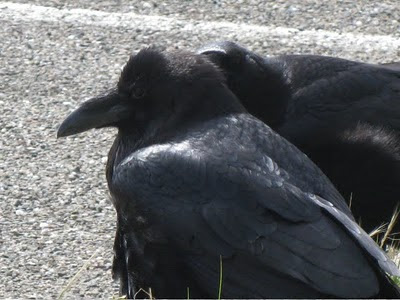 Ravens at our lunch stop. 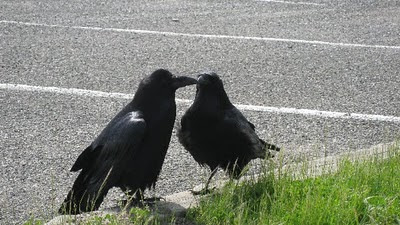 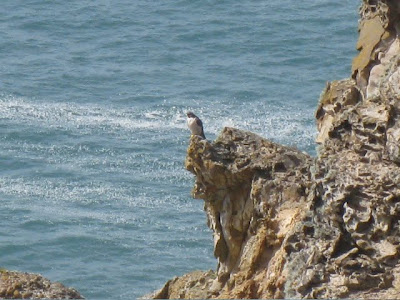 Peregrine Falcon at Pt Reyes Lighthouse. Many many gray whales were also seen but much too far off for photos. I was a whale nerd before I was a bird nerd. 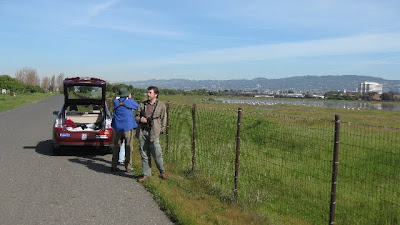 Surveying the scene at Arrowhead Marsh, near the Oakland Airport 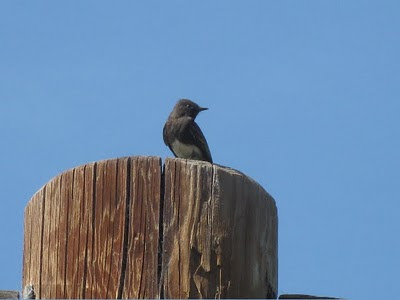 Black Phoebe
Note the wonderfully blue sky....a rare bird in Oregon in March but perfectly normal in Berkeley. Now why did I leave? 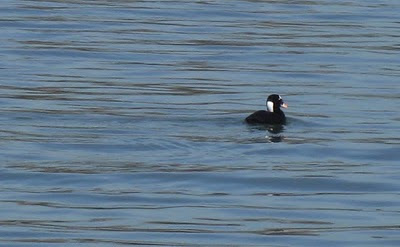 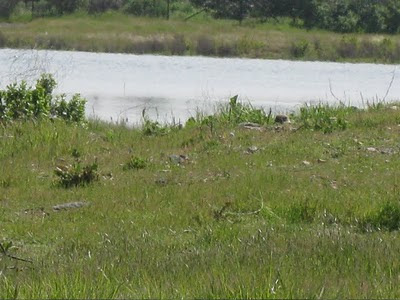 Can you find the Burrowing Owl's head? 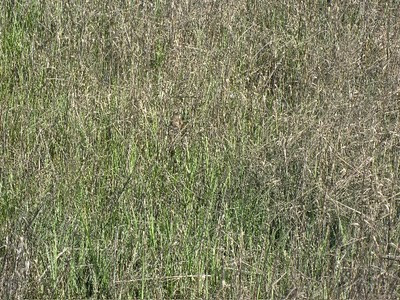 Or the Clapper Rail in the reeds? 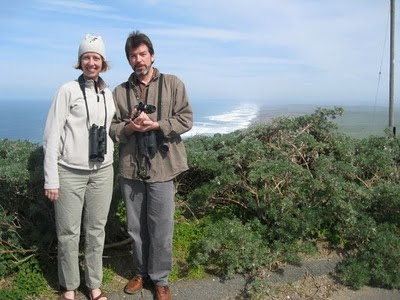 Great! I love those ravens! I think I found the owl too. Near the water off to the right? More adventure to report tomorrow?

Thanks for sharing all these pictures! That falcon looks perfect.. and I especially love the hummingbird. So pretty.