Today was a beautiful day! Windy, sunny, warm with trees ablaze in fall color. We headed up to Ridgefield National Wildlife Refuge in Washington, for a walk around the Carty Unit. Many others had the same idea and it was a pretty busy place.

One neat, non-natural feature of the unit is the bridge over the railroad tracks. Great to be up there for a shadow shot and even better when a train goes through. 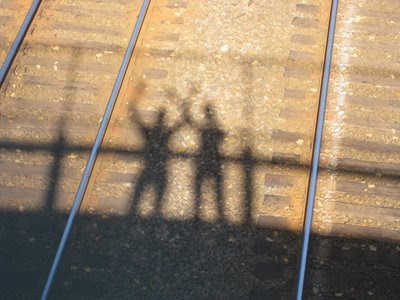 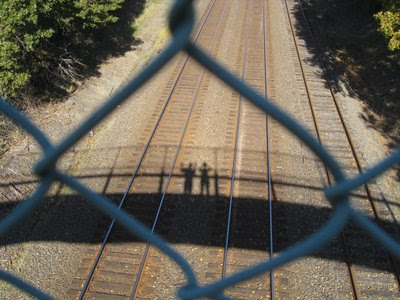 Instead of taking the trail everyone else was on, we went left and walked out around the fields and through a brushy area to find this lovely lake. And many birds! The first Tundra Swans of the season were on the water and in the air, trying to fly without being blown around. Many Great Egrets, Cackling Geese, Pintails, Gadwalls, Green-winged Teal and Mallards were all hanging out back here. 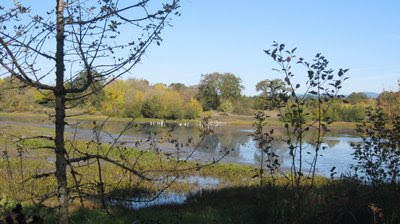 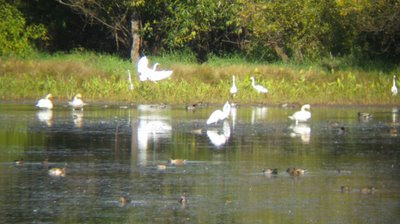 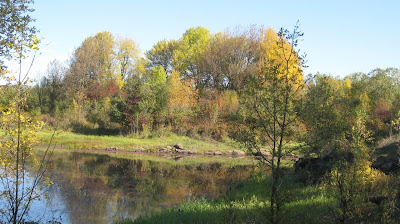 After spending several hours at the Carty Unit, we drove down to the River S Unit. There wasn't enough time to drive the route and the afternoon light would not have been in our favor but we did see some good stuff just from the first parking lot. A male Kestrel popped a dragonfly out of the air and snarfed it down. 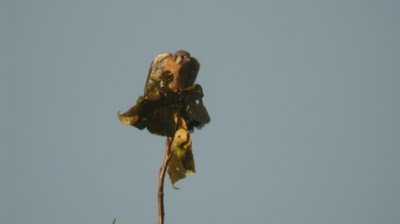 A Heron patrolled the field for mice. Or bunnies? 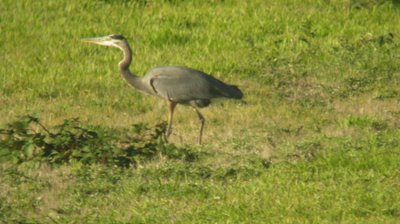 I hadn't been here since my trip last December and I've got to come to this refuge more often!

Back at home, there were a few customers at the Mr Bird's Wild Bird Feast cake I recently put out. The date stamp is incorrect....this was just last week. This stuff is riotously popular with everyone.....I've seen Song Sparrows and Golden-crowned Sparrows sitting on top of it for a bite, Chickadees and Nuthatches darting in to grab and go, Scrub Jays hacking a few pieces off, and, of course, the squirrel gets up there a little too often despite the baffle. 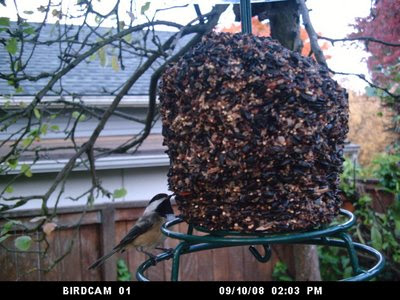 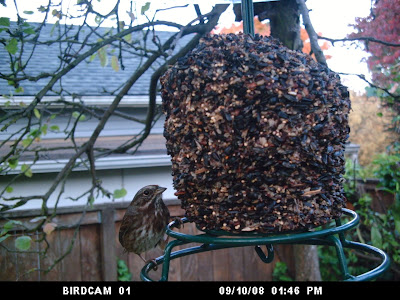 One last photo of the White-throated Sparrow seen at the beginning of October but not since.....I just like the blurred action! 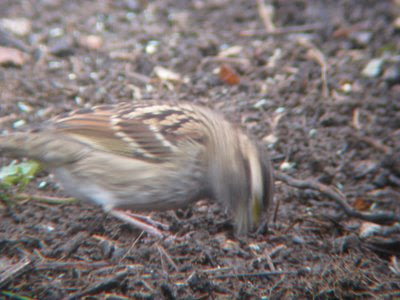