What a great day!! I was so in need of some good, relaxing birding! Michele, Richard and I drove up to Ridgefield NWR, just north of the border in Washington, to drive the River S unit auto tour route and see what waterfowl and raptors we could find. Richard offered to drive which was great because A. I didn't have to, and B. he drives a quiet Prius.....excellent for sneaking up on birds. Turned out there was another set of birders in a red Prius.....looks like we were on to something.

It was another chance to practice with my camera and I got some really nice shots. A few are a bit blurry from the 16X digital zoom.....but I'm not going for awards, just birds. 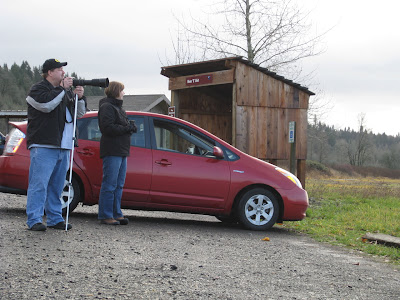 At the start of the route we stopped and scoped the land......saw a female harrier put on a great show, floating effortlessly just feet from the ground.....just like harriers are supposed to. 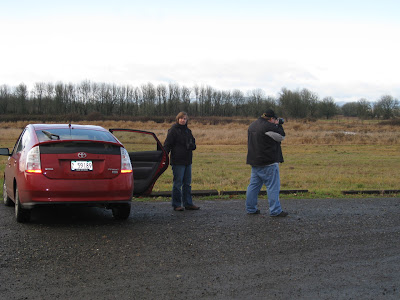 Lots of Great Blue Herons in the fields and on the banks.
Scoping for mice and voles and other tasty tidbits. 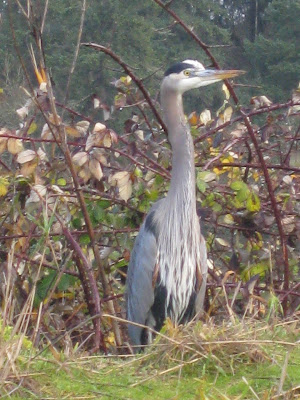 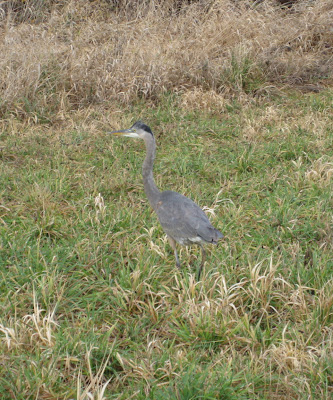 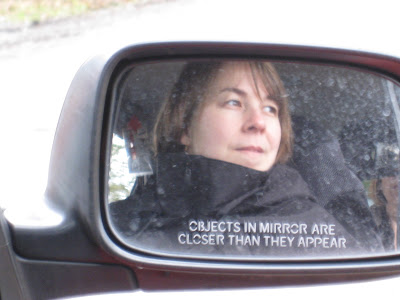 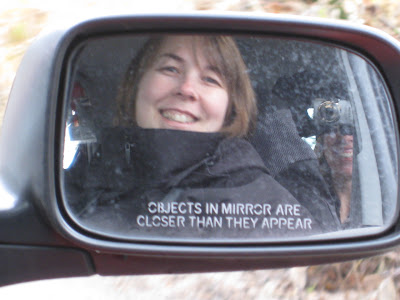 Oh, she caught me!

It's not just the herons that are here for the mice and voles......it's the raptors. At other times of year, they might fight to maintain a large hunting territory but here in winter they are packed together like sardines. Every other tree had a Red tail perched in it, harriers swooped over the fields left and right, but the prize winner of the day was the Rough-legged Hawk perched so photogenically on this sign. 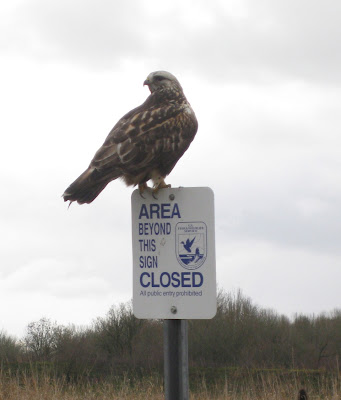 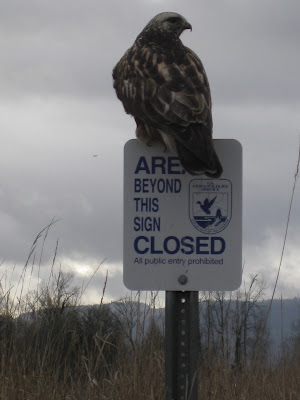 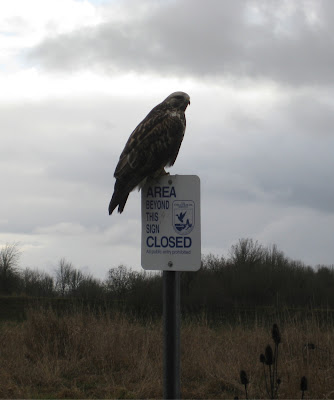 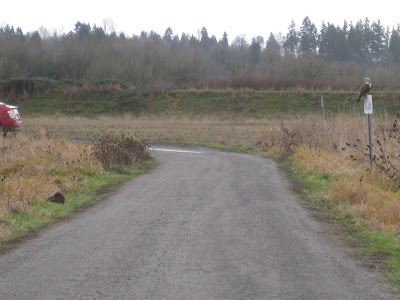 Here's the hawk on the right and a nutria on the left.....we wondered if a hawk would be able to take a hefty beast like that. They checked each other out but that was about it...... 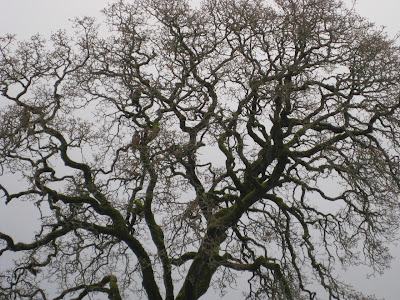 There are three immature Bald Eagles in this tree. Doesn't matter if you can see them or not because the tree is just so gorgeous. But trust me, they're there. 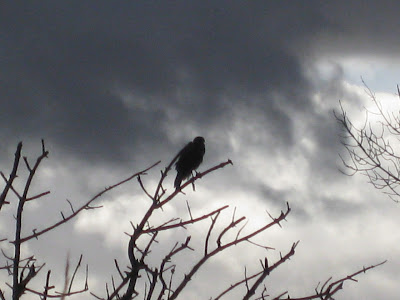 Art shot of a Northern Harrier. 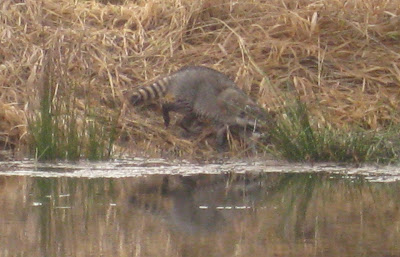 Michele spotted this raccoon ambling along the bank. 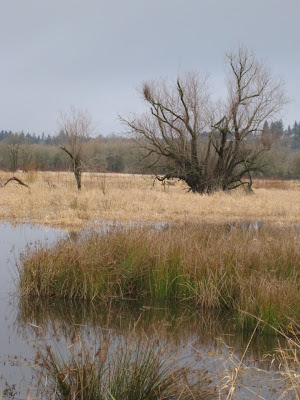 Nice photos! Thanks for the fun day.