Apologies to the Giant Petrel

I've made a terrible error. Way way way back in my posts I posted photos of birds other than penguins that I saw frequently down south. I neglected to include the marvelous Southern Giant Petrel!!
While this may not be a big deal for you, it is almost unforgivable to me. You see, the Giant Petrel was practically the first bird I saw when I arrived in Ushuaia and you just can't forget its huge presence that easily. I spotted a massive soaring bird out in the harbor and immediately misidentified it as a juvenile Wandering Albatross. I had no idea these petrels were THAT big!
Later on we saw colonies of them....right next to the penguin colonies for easy access to neglected eggs or chicks.
They followed the ship religiously and some came right over the stern allowing for nice photo ops. Here then is the no longer neglected Southern Giant Petrel! 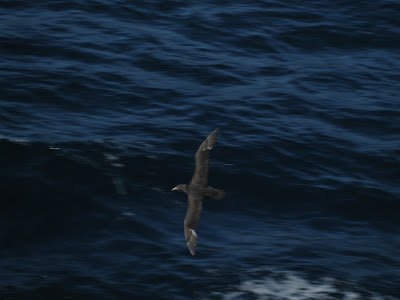 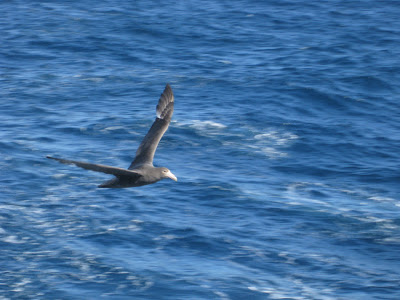 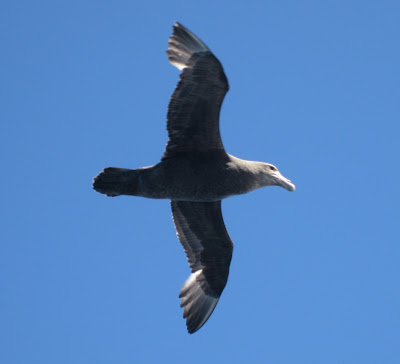 You can just barely see the tube on the top of the bill. 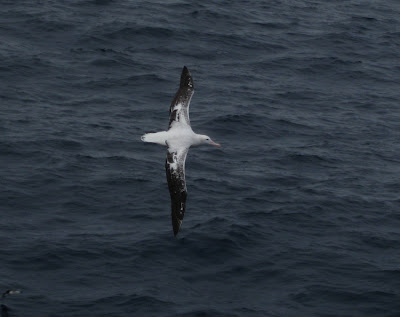 Wanderer for comparison....bigger, definitely bigger.
By Laura W. at 4:45 PM

"Went to Antactica then started a blog" - I love it.

Please know that Laura's Page is now linked to Born Again Bird Watcher and that I will be a regular reader of your insights, musings, and adventures.

I've made some errors a lot worse than that!-First time I've seen your blog-pretty cool!